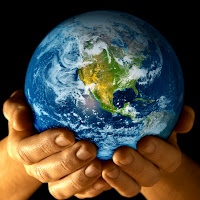 Most of us strive to improve the world around us. Whatever our means, it is always satisfying to make a positive impact in some small way. Whether through a charitable donation, volunteering with a non-profit, picking up a piece of litter, or just helping a neighbor, it feels good to give something back. It is much the same for businesses. And thanks to their scale, the impact can be that much greater. Although the pursuit of profit is the primary goal of most companies, this objective isn't necessarily exclusive of other, more altruistic goals. In fact, doing good can be good for business too.

When a company is trying to bolster their bottom line and return value to their stockholders, it may seen counterproductive to give away part of their revenue. However, taking such a righteous stance as a company may actually help the bottom line. A large number of companies that have taken this approach have thrived, many as a direct result of their virtuous mission. In his book Stirring It Up: How to Make Money and Save the World, "CE-Yo" of Stonyfield Farms Gary Hirshberg credits the company's environmental focus as a major factor in their success. The reasoning behind this is that, as we established above, it feels good to do good. So when a consumer goes to the store and sees a brand that they know has a strong stance towards social responsibility, they will often choose it over the competition. It allows the customer to feel as though they are doing their part by supporting the company's mission. In fact, according to a Cause Evolution Study by research and consulting firm Cone, an overwhelming 79% of Americans say they would be likely to switch from one brand to another for just this reason, when price and quality are about equal.

By sharing your altruistic mission through your advertisements, product packaging, website, etc. you are bringing attention to the cause you are supporting while improving your own company image. Aligning yourself with a cause can create positive goodwill towards your brand which will ultimately lead to more sales. This concept of "cause-related marketing" was first introduced by American Express when they launched a marketing campaign for the Statue of Liberty Restoration Project in 1983. The company raised over $2 million by donating a penny toward restoring the Statue of Liberty each time a cardholder charged a purchase.

There are countless examples of companies that have taken this practice to heart and made philanthropy a central aspect of their business. Consider Patagonia. The outdoor apparel company commits 1% of their total sales or 10% of their profit, whichever is greater, to environmental groups. Since 1985, when the program was first started, Patagonia has donated $25 million to over 1,000 organizations. The company also co-founded "1% For the Planet", an alliance of businesses who, like Patagonia, commit at least 1% of their total sales to the environment. Another unique program that Patagonia participates in is their Environmental Internships program. Started in 1993, this program allows Patagonia employees to take a leave of absence with full pay and benefits to volunteer with an environmental non-profit of their choice for up to two months.

A more extreme example is Newman's Own, which donates all of its profits (after tax) to charity. Since the company's founding in 1982, it has generated over $300 million for thousands of charities worldwide. Today, Newman’s Own is a thriving company with hundreds of millions of dollars in annual revenue.

The list goes on. TOMS Shoes is a manufacturer of light-weight footwear that gives a pair of new shoes to a child in need for every pair that they sell. The company has donated over a million pairs of shoes since they launched in 2006.

Your entire operations don't have to revolve around philanthropy like the company's listed above to make a difference; you can make a smaller commitment and still have an impact. However, it is important to truly embrace a cause if you are going to utilize it for marketing purposes, so find something that you are passionate about. If it has some connection to your product or service, that's even better (i.e. the connection between Patagonia's outdoor apparel and the company's environmental mission). If you are a book store, consider supporting the local public library. If you're a restaurant or grocery store, donate food to a homeless shelter. Find a cause that is appropriate for your business and that you care about.  It's vital that your involvement with the particular charity or cause is not just a marketing ploy; it needs to be an honest effort. If you are going to use your company's philanthropy in your marketing, make sure to be truthful and forthcoming with your claims. Recent studies have shown that the majority of "green" claims being made are not accurate, are misleading or are completely falsified. If you make misleading or fraudulent claims, it will eventually catch up with you and the customer backlash will likely be exponentially worse than the benefit you gained by making the claims in the first place. The Cone 2011 Green Gap Trend Tracker found that 75 percent of consumers would stop buying a product if they felt it's environmental claims were misleading, and 37 percent would quit buying anything made by the company behind the product. As long as you are authentic in your claims, cause-related marketing offers an excellent opportunity to show consumers your philanthropic side and stand out from the crowd.